While Pune, the worst-hit district in the country, continues to witness an average daily surge of nearly 4,000 COVID-19 cases, the district nevertheless has clocked a robust recovery rate of around 80%.

Mr. Shirole, in his letter to the CM, said that while the administration and the State were trying to check the spread of the virus and reduce the mortality rate, it was vital to set up post COVID care clinics for the underprivileged sections while conducting awareness drives to emphasize the need for regular check-ups.

“Studies from around the globe suggest that around 75% of those patients who have suffered from a severe form of the SARS-Cov-2 virus return to hospitals complaining of chest pain, breathing problems, and fatigue. We cannot ignore the post-COVID care that patients, especially from the social margins, would be needing for months after they have recovered for the virus,” the BJP legislator from Shivajinagar said.

More than 7.75 lakh patients in the State have recovered till date. Mr. Shirole said as per global health reports, many patients who had exhibited severe COVID-19 symptoms are now suffering from impaired cardiac functions and permanent damage to lungs, kidneys and other organs.

“Pune has already suffered heavily owing to the inordinate delay in boosting the district’s medical infrastructure and setting up the jumbo medical facilities. As a result, several citizens have lost their lives. Recovered patients found suffering from unpleasant side effects deserve proper medical attention and the government must begin planning from now itself,” Mr. Shirole said.

The MLA, who inspected the city’s jumbo facility at the College of Engineering Pune (CoEP) grounds, further said that he planned to hold discussions with the CM and State Health Minister Rajesh Tope to resolve issues pertaining to equipment, experienced staff and medicines plaguing the CoEP facility.

During the visit, Mr. Shirole urged the Pune civic body to take the medical directors of noted private hospitals in Pune on the advisory board of the mega facility so as to ensure the utilisation of knowledge from medical experts in enhancing the critical care treatment.

“As cases mount across the State, patients from western and northern Maharashtra, as well as the Marathwada region are flooding Pune’s hospitals. At any given time, there are at least 600-650 patients on the ventilator. Many patients are succumbing due to non-availability of cardiac ambulances,” Mr. Iyer, spokesperson for the Pune Congress unit, said.

At present, there was an urgent need for at least 15 to 20 cardiac ambulances in Pune, he said. “The district administration should demand cardiac ambulances and more ventilators from the State government. Ideally, proper planning to procure them should have been made months ago. Given that the pandemic is likely to remain for several more months, the administration must swing into action now,” Mr. Iyer said. 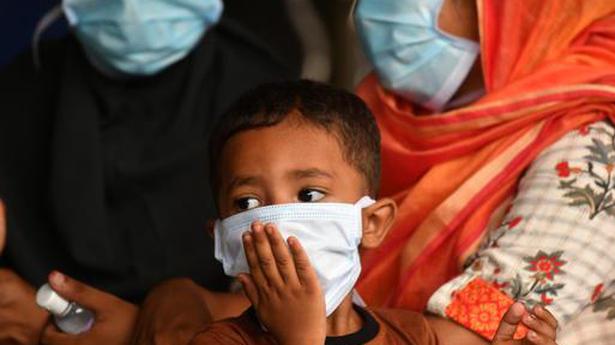