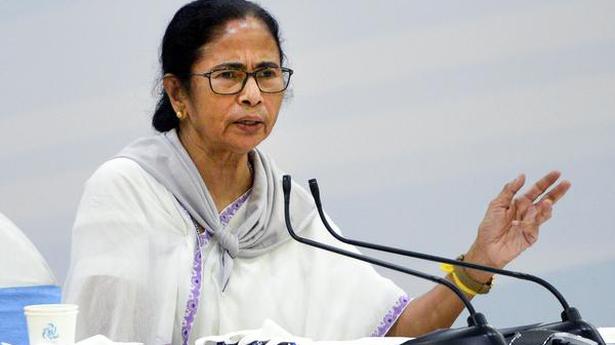 Pledging full support to the Union government on the tensions with China, West Bengal Chief Minister Mamata Banerjee on Tuesday said banning apps is not enough and the Centre should give a befitting reply to the neighbour.

“Only banning some apps will not give you the result. We want to give China a befitting reply. How do we do it, that they have to decide,” she told journalists at the Secretariat. Ms. Banerjee said unless there is an ‘aggressive’ response from the Centre, people of the country will wonder, “What is the government stand?”

The Chief Minister clarified her party’s stand on external relations. “We never interfere in external affairs issues. Our party stand is clear, we fully support the government’s stand.”

Responding to Prime Minister Narendra Modi’s address to the nation where he announced extension of free rations till November, Ms. Banerjee said free rations will be given till June 2021 in the State. “The Centre gives only 60% of funds for free rations. The rest is given by the State government,” she said. The Chief Minister said 6 crore of the 10 crore people in the State are given free rations.