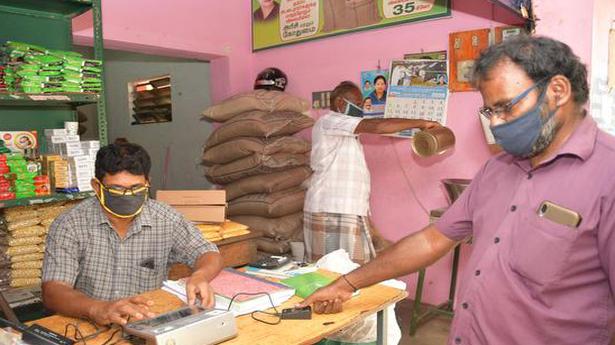 Around 11 a.m. last Tuesday, 35-year old Babu Lal went to a ration shop in the Gujarati town of Amreli and bought 9 kg of wheat and 3.5 kg of rice at subsidised rates, just like crores of other ration card holders across the country. More unusually, however, his ration card is not registered in Amreli, but more than 400 km away at a shop in the small village of Marol in Rajasthan’s Sirohi district.

Mr. Lal is something of a pioneer, one of the first participants in the One Nation One Ration Card scheme that the Centre has hyped as the solution to the problems of migrant workers whose ration cards are registered in their home villages, leaving them unable to access subsidised food grain in their workplaces, often hundreds of kilometres away. However, while four additional States were integrated into the scheme this month, increasing its coverage to 65 crore beneficiaries, Mr. Lal is among a negligible fraction which has actually been able to make use of it.

Food Ministry data shows that in July, less than 2,000 transactions were carried out under the One Nation One Ration card scheme, benefiting less than 13,000 people. Just over 31,500 kg of grain were distributed. Since the scheme was launched a year ago, the number of monthly beneficiaries never crossed 5,000 until July. In August, Mr. Lal’s purchase is one of just 257 transactions in the first week, benefiting almost 1,400 people.

“The challenge is that at the receiving end, we must encourage workers to go to the nearest fair price shops and get themselves registered. So that is what now State governments have started doing proactively. It will take time, a month or two,” Food Secretary Sudhanshu Pandey told The Hindu on Saturday, adding that intra-State usage has been higher, with the total number of such beneficiaries crossing 1.2 crore since the scheme began. “Now the reverse migration is also happening, they are going back. But still the COVID scenario is not very clear, sometimes lockdown somewhere, factories gearing up gradually. It will take a couple of months before it reaches its peak,” Mr. Pandey said.

Also read: One nation, one ration card, likely from October

When the lockdown began in April, lakhs of migrant workers who lost their jobs took to the highways to walk back home from the cities where they had no access to the subsidised food available in their home villages. The Centre estimated that about 8 crore people were left stranded and unable to access the PDS (public distribution system) and rolled out a free ration scheme for them under the Aatmanirbhar Bharat Abhiyan.

However, Mr. Pandey says that if workers are returning to the cities with jobs, some may choose to leave the entire ration allocation for their families back home. “It depends whether the person is wanting to draw that ration or not. You cannot force him, you can give him an option, but if he still feels that he would prefer his family to draw his share of ration also back home, and here the employer is giving him something, maybe a free meal at the factory, he may not be interested in taking the ration,” he said.

Mr. Lal seems to have taken the option of buying a partial share of his family’s ration allocation in Gujarat, picking up a total of 12.5 kg out of the five member family’s monthly allocation of 25 kg. The remainder may have been left for other family members to buy back home in Marol village.

“Our understanding is that at least the construction workers should be keen to take this fully, as they generally move along with their families, and they are more likely to need it. There are about 3.5 crore construction workers nationwide,” said Mr. Pandey. The Food Ministry is working with State governments, the Labour Ministry and employers’ groups to create awareness and promote usage of the scheme, he said.

There are still 12 States and Union Territories yet to join the scheme, including Delhi with its large migrant population. Ration card portability requires integration with Aadhaar and electronic point of sale machines using biometric authentication in order to work, and the capital has not fully implemented this.

“It’s a complex ecosystem. Once the concept gets popularised, people will start seeing its value, and we expect usage to go up,” said Mr. Pandey, adding that 11 States have now activated a National Portability Helpline number with another eight expected to do so by the end of the month. Full integration across the country is expected by March 2021. 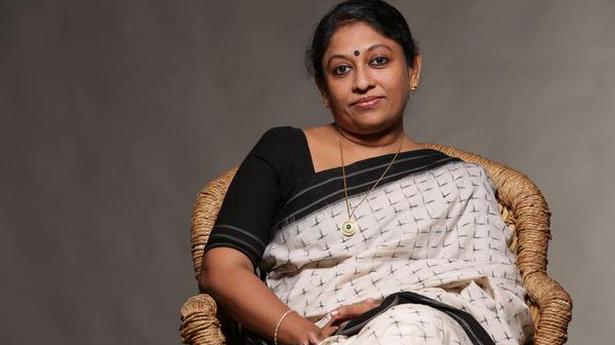 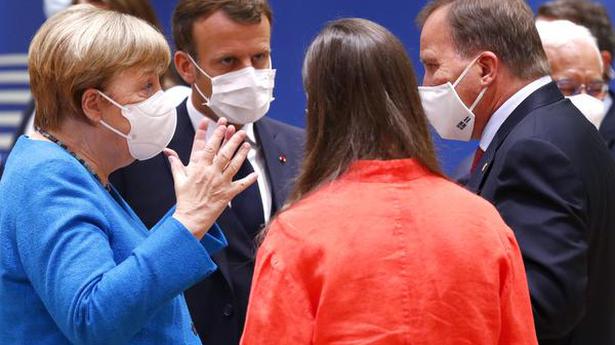