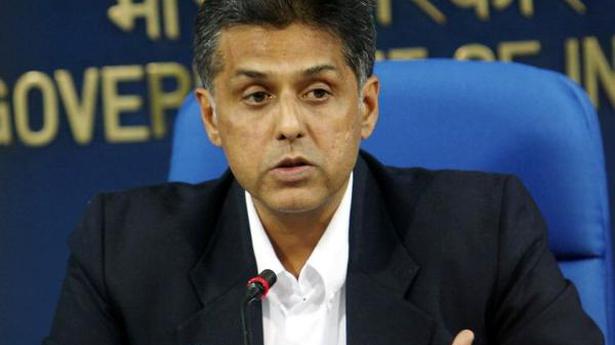 At a time when Congress seems to be going through a churn, Lok Sabha member and former Union Minister Manish Tewari, in an exclusive interview with The Hindu, talks about internal rift in the Congress, the need to have ideological clarity to take on the BJP and hold elections to appoint a full-time party president if the Gandhis are not inclined. Edited excerpts:

The Congress is in turmoil. Jyotiraditya Scindia’s departure and Sachin Pilot’s rebellion gives a sense that people close to Rahul Gandhi are being marginalised in the party after he stepped down as party president.

Mr. Scindia and Mr. Pilot were “princelings” of the party. They inherited their fathers’ respective Lok Sabha seats after their tragic demise. They never went through the grind of the NSUI or IYC. Theirs was not to spread mats at public meetings, paint slogans on the walls, get knifed in student politics, or lathi charged by the cops. Be it Priyanka Chaturvedi, Ajoy Kumar, Pradyot Manikya and many others like them, they never had any ideological convictions or emotions attached to the party. For them, it was but a vehicle to catapult them into organisational or governmental positions. When they thought that this lorry had outlived its utility, they ditched it for the next bus available. I have always believed that “imports from outside” can be made MPs, MLAs, even Ministers, but should not be given organisational positions.

It almost looks like an all-out war with so many of you — from Anand Sharma, Mukul Wasnik, Shashi Tharoor to Milind Deora — attacking Rajeev Satav for questioning the UPA. Again, he is seen to be close to Mr. Gandhi.

No, it’s not at an all-out war. Some colleagues seem to have bought into the BJP’s narrative as if there was monumental malfeasance in the UPA government. This is simply untrue. Those of us who worked in the government are trying to set the record straight. Unfortunately, those who labour under those misconceptions were too focused on internal organisational processes at that point in time to carry the message of the ‘good work’ of the UPA effectively to the people.

Mr. Satav blamed the UPA II government for the party’s problems and you hit back by questioning the 2019 defeat. Isn’t this a clear divide?

As someone who defended the UPA I and II with all the conviction at my command from 2008 to 2014, including losing my health in the process, it gets my goat when some ill-informed people do not get the obvious. What the UPA did in terms of the RTI, the MNREGA, the Mid-day Meal Scheme, Food Security Act etc. was truly transformative. Even Nirmala Sitharaman was compelled to acknowledge in her Budget speech that 271 million people were lifted out of poverty during the UPA years. Why did the UPA then fail at the hustings? Primarily because it became the victim of a deep-rooted conspiracy orchestrated by some telecom czars ably fronted by the former C&AG and a “certain criminal investigation” whose trajectory had the potential to hurt very deeply entrenched ‘institutional’ interests had it gone to a logical conclusion. The convergence of these two shards caught the UPA in its cross hairs.

If you rewind back to the forces backing India Against Corruption, the context of the above would become clear. The UPA failed to deal with this twin attack despite a spectacular victory in 2009. If there was malfeasance, why has not even a subordinate court anywhere in the country found anything against the UPA on any count?

The reason I asked about the 2019 Lok Sabha election is that some of your colleagues had privately questioned the strategy to focus on the Rafale deal as a campaign plank.

The strategy was correct but more diligence was required. In the lead-up to the 2019 election, we were successful in raising many ‘pertinent’ questions on process, procedure and pricing, however the smoking gun with regard to pecuniary malfeasance could not be decisively clinched in public consciousness. It was clear that things with regard to the “Rafale procurement” were not above board but enough public information had just not emerged by then. Mr. Gandhi was spot on in putting it front and centre but he was handicapped by the absence of a systematic, sustained and structured statutory or media investigation, either in France or India. The last word on the Rafale has not yet been said.

Mr. Gandhi had complained about fighting a ‘lonely battle’ against the Modi government and not many in your party take on the government. Your thoughts?

Some of us, especially the spokespersons, fight the BJP on a daily basis. I have been personally doing so all my adult life since 1981. Others in the senior leadership have been entangled in false cases. Even their families have been savaged by the instrumentalities of the state. However, if Mr. Gandhi still feels that more needs to be done, I am sure every “ideologically driven” Congressperson would measure up to the challenge, notwithstanding the cost to his or his family. Remember, you are fighting people whose scruples are present in their absence.

As Sonia Gandhi completes a year as interim president, some people have asked for Mr. Gandhi to return. Is it not possible for the Congress to elect someone outside the Gandhi family?

The INC rank and file have a special place in their hearts and minds for the Nehru-Gandhi family. From 1991-1998 no Nehru-Gandhi was in the party. For the past 21 years no Nehru–Gandhi has been a part of any government either in the Centre or the State. Ms. Sonia Gandhi led us with empathy and fairness for 19 long years. Under her leadership, we formed two governments. We unanimously elected Mr. Gandhi for five years in December 2017 because we had faith in his leadership. Ironically, no one asked him to step down in 2019. The fact that he chose to demonstrates that he has a sense of righteousness that is both rare and appreciable.

In your opinion, what will it take to revive the party?

A full-time president elected by the All India Congress Committee in terms of Article 18 (h) of the Constitution. The options are: (a) Rahul Gandhi could withdraw his resignation. (b) If he is reluctant for whatever reasons then Ms. Sonia Gandhi should be persuaded to continue, notwithstanding her known disinclination for the job. (c) If the two are non-sequitur then elections should be held to the Presidency. The elected positions in the CWC should be filled through elections, the Congress Parliamentary Board should be revived, AICC sessions like in the past should be held bi-annually and the process of internal elections should be externally supervised like the IYC.

However, most importantly ideological and strategic clarity is imperative going forward. For example, how to weave aspirational economics of the millennials and social equity into a cogent political narrative; redefine and reapply secularism at a practitioner’s level into a strict doctrine separating Church and the State and finally craft our unique definition of nationalism drawing on our leadership of the liberation struggle and not just as an antithesis of the BJP. We must effectively fight against NDA/BJP State by State and win. 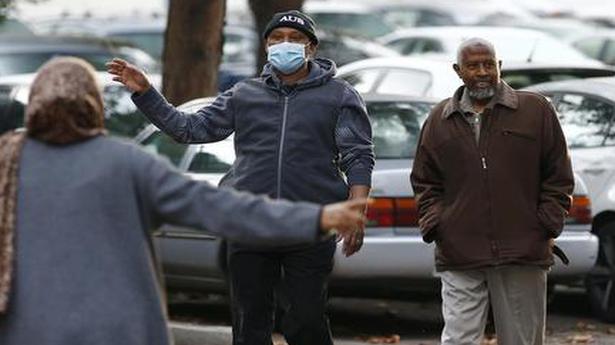 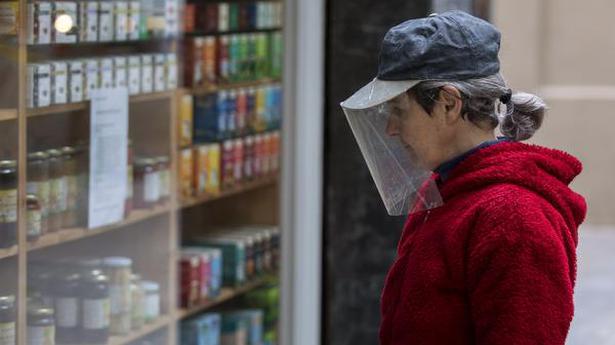