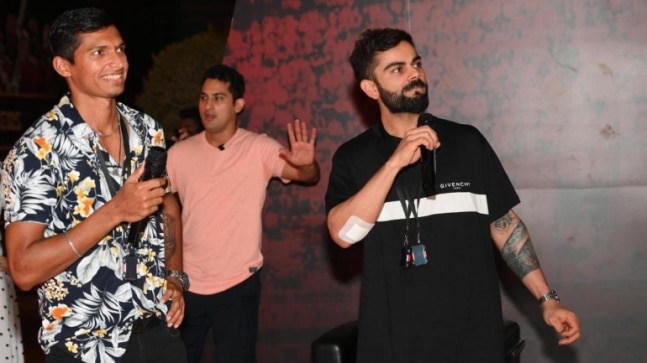 We are just four days away from IPL 2020, and from the photos that we have been seeing of the teams in practise, the intensity only seems to be going up.

With the teams gearing up to hit the ground running for their respective franchises, it is also good to see photos of them doing things off the pitch.

From Kolkata Knight Riders putting out photos of their team get-together dinner, to Kings XI Punjab players soaking the sun at a beach last week, it is always good to see the lighter side of our cricketers.

Virat Kohli-led Royal Challengers Bangalore have also been showing the lighter side of their team to the fans on their social media accounts.

The skipper Virat Kohli posted one such photo on his Twitter handle, where he is seen sitting with the rest of his teammates on the side of the pitch probably after a training session with smiles all around and Ab De Villiers raising his arms as he laughs with the team, and captioned it, ‘When you’re having fun, each moment becomes magical.’

This time around it was the turn of the RCB bowler Navdeep Saini to show himself and his captain involved in a karaoke session.

He posted a photo on Twitter, where he and Virat Kohli can be seen with mikes in their hands and both of them are looking away, most likely, towards a screen with the lyrics. The other teammates of theirs can be seen in the background, having a jovial time with each other.

Happy with our preparations, says Kohli

Virat Kohli, who is yet to win an IPL trophy, has earlier spoken about how long practice sessions can carry the risk of injuries. He had emphasized that the RCB was not training like maniacs for six consecutive days and were giving ample time to their players to recover.

“We’ve moved ahead in a balanced manner. We didn’t want to be like a manic, doing six sessions in six days, we gave ample off time to the boys which we’ll continue to do along the course of these next few training sessions also. But yeah, from a fitness point of view, everyone’s looking great. Everyone’s in good shape.

“It’s a matter of feeling good and I think I’ve felt good from the first session onward. There are a few things you want to rectify along the way and once you reach your optimum mindset and you enter the competition; you want to stay in that as much as possible,” Virat Kohli, IPL’s highest run-scorer, added. 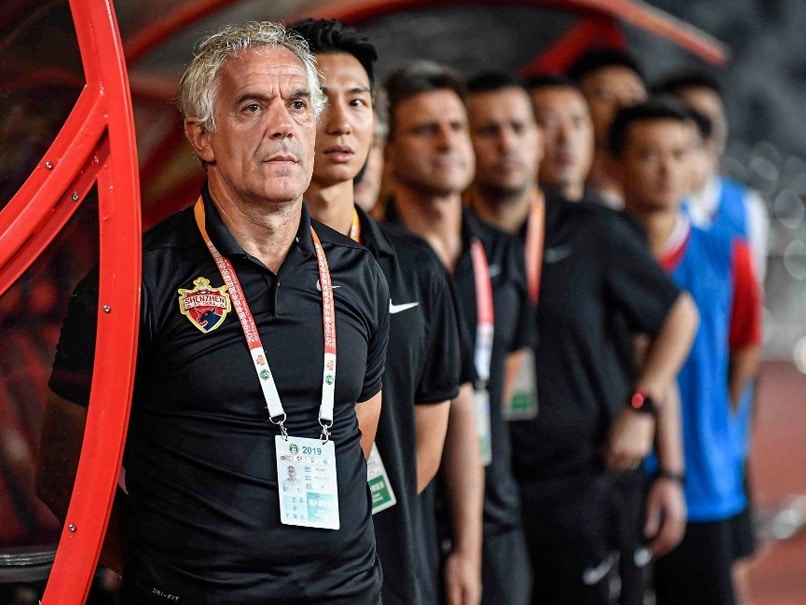