U.S. President Donald Trump is understating the danger of the coronavirus to people who get it, as more and more become infected in the country.

In his latest of many statements playing down the severity of the pandemic, Mr. Trump declared that 99% of cases of COVID-19 are harmless. That flies in the face of science and of the reality captured by the U.S. death toll of about 1,30,000. Mr. Trump also sounded a dismissive note about the need for breathing machines.

Throughout the pandemic, Mr. Trump has declared it under control in the U.S. when it hasn’t been. His remarks on that subject and more from the past week:

Trump: Now we have tested over 40 million people. But by so doing, we show cases, 99% of which are totally harmless. — Fourth of July remarks on Saturday.

The Facts: This statement does not reflect the suffering of millions of COVID-19 patients.

The World Health Organization, for one, has said about 20% of those diagnosed with COVID-19 progress to severe disease, including pneumonia and respiratory failure. Whatever the numbers turn out to be, it’s clear that the threat is not limited to the merest sliver of those who get the disease.

Aside from that, those with mild or no symptoms also can spread the virus to others who are more vulnerable.

Asked Sunday to defend Mr. Trump’s claim, Food and Drug Administration commissioner Dr. Stephen Hahn declined to do so. He instead urged Americans not to back off the federal government’s public health measures urging social distancing and wearing a mask.

“What I’ll say is that we have data in the White House task force,” Mr. Hahn told CNN’s State of the Union. “Those data show us that this is a serious problem. People need to take it seriously,” he added.

Trump: Our tremendous testing success gives the Fake News Media all they want – cases. In the meantime, deaths and the all important mortality rate goes down. … Anybody need any ventilators??? — tweet on Saturday.

The Facts: No, increased testing does not fully account for the rise in cases. People are also infecting each other more than before as distancing rules recede and community spread picks up. And as cases surge, so has demand for ventilators once again in parts of the U.S.

One of the things is an increase in community spread, and that’s something that I’m really quite concerned about, Dr. Anthony Fauci, the government’s top infectious disease expert, testified on Tuesday.

Adm. Brett Giroir, the Health and Human Services official overseeing the nation’s coronavirus testing efforts, told Congress on Thursday that the increases can’t be explained by just additional testing. “We do believe this is a real increase in cases because of the percent positivities are going up,” he said.

As for Mr. Trump’s point about mortality coming down, Mr. Fauci said that is not a relevant measure of what is happening in the moment with infections. Deaths always lag considerably behind cases, he said. It is conceivable you may see the deaths going up.

Trump: We’ve made a lot of progress; our strategy is moving along well. …We’ve learned how to put out the flame. — Fourth of July remarks Saturday.

Trump, describing the COVID-19 threat as getting under control : Some (places) were doing very well, and we thought they (the virus) may be gone and they flare up, and we’re putting out the fires. — remarks Thursday on a jobs report.

Trump: I think we are going to be very good with the coronavirus. I think that, at some point, that’s going to sort of just disappear, I hope. — interview Wednesday on Fox Business Network.

The Facts: “The virus is not going to disappear,” says Dr. Anthony Fauci, the government’s top infectious disease expert. Nor can it be considered under control and its flame put out as cases have been surging to fresh daily highs.

The number of confirmed cases in the U.S. per day has roughly doubled over the past month, hitting over 50,000 this past week, according to a count kept by Johns Hopkins University. That is higher even than what the country experienced from mid-April through early May, when deaths sharply rose.

Mr. Fauci warned last week that the increase across the South and West puts the entire country at risk and that new infections could reach 1,00,000 a day if people don’t start listening to guidance from public health authorities to wear a mask and practice social distancing.

Arizona, California, Florida and Texas have recently been forced to shut down bars and businesses as virus cases surge. The U.S. currently has more than 2.7 million known cases and many more undetected.

Mr. Fauci has said there certainly will be coronavirus infections in the fall and winter. 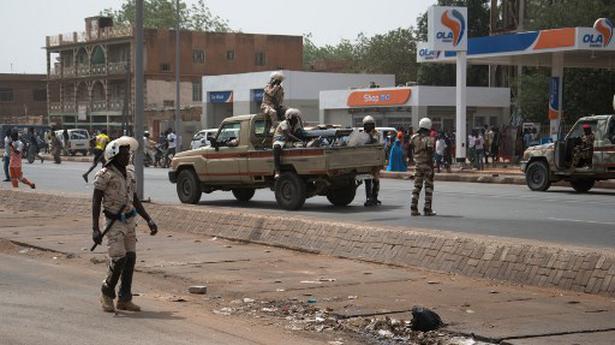