China has reported 10 new coronavirus (COVID-19) cases, including two more confirmed infections in Beijing, following which the capital city suspended plans to reopen schools for Grade I to IIId students.

Beijing reported its first COVID-19 case on Thursday after an interval of 56 days. On Friday, the city reported two more coronavirus cases, raising alarm among officials as the capital had returned to near normalcy with the discharge of its last locally transmitted COVID-19 patient from hospital on June 9.

China exonerates self in whitepaper on COVID-19, says virus first noticed on Dec 27

The two new cases detected are both employees of the China Meat Food Research Centre in Fengtai district, Zhang Jie, deputy head of the district told media in Beijing.

The detection of the three new coronavirus cases in two consecutive days has raised concern of a fresh outbreak in the city, which is the seat of the ruling Communist Party of China (CPC) and has been kept in relative isolation in the last few months by the government.

The government had ensured that no international flights, repatriating thousands of Chinese nationals from abroad, landed in the city. All the flights were diverted to other cities in the vicinity where returnees were needed to undergo tests and 14-day quarantine.

Another Chinese city orders mass testing for COVID-19 after Wuhan

Due to the emergence of the fresh COVID-19 cases, Beijing has suspended its decision to reopen schools for students in Grades I to III next week, official media reported.

One of the two patients who tested coronavirus positive on Friday reportedly travelled outside Beijing, prompting officials to trace people with whom he had come in contact.

Meanwhile, two close contacts of the man, who was tested positive for the coronavirus in Beijing on Thursday, were tested negative in nucleic acid and antibody testing, local health authorities said on Friday.

Thursday’s case was reported in Beijing’s Xicheng district. The district’s health commission said the patient’s two family members are currently under medical observation and have shown no signs of discomfort.

The 52-year-old man visited a hospital on Wednesday after experiencing an intermittent fever. He was later tested positive for COVID-19.

The primary school where the man’s child studies has asked 33 students in the same class and 15 faculty members to return home for observation, state-run Xinhua news agency reported.

Another two classes that share the same storey with the affected class have been moved to new classrooms, while the school is carrying out thorough disinfection of classrooms and restrooms, sources said, quoting a message the school has sent to students’ parents.

As of Thursday, the overall confirmed cases on the mainland reached 83,064, including 65 patients who were still being treated. No patient was in severe condition.

Altogether 78,365 coronavirus patients have recovered, while the disease claimed 4,634 lives, the NHC said. 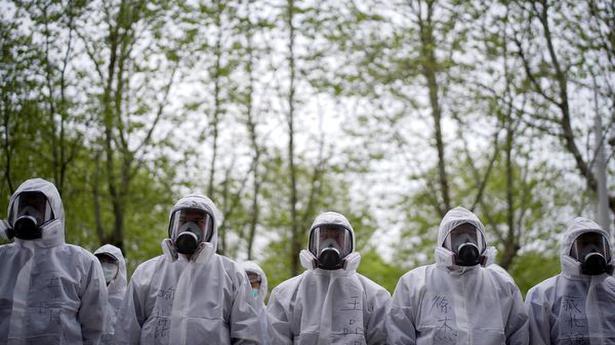